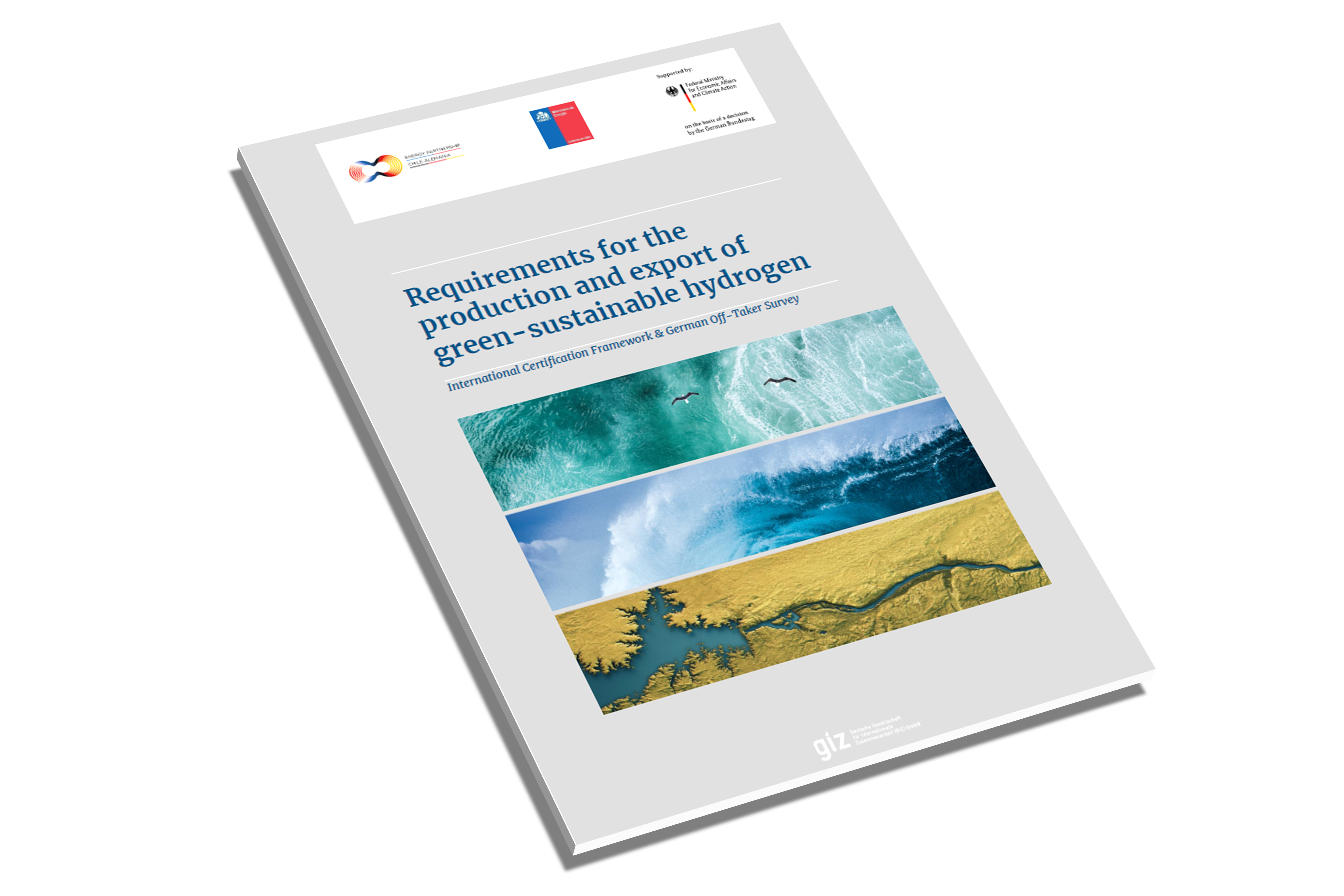 Together with ILF Chile, Ludwig-Bölkow Systemtechnik GmbH has conducted a study on the requirements for the production and export of green and sustainable hydrogen on behalf of the German-Chilean Energy Partnership under the direction of the Gesellschaft für Internationale Zusammenarbeit (GIZ). This study was supplemented by a survey with potential off-takers of green hydrogen and derivatives in Germany.

The study analyses certification schemes which are not specifically dedicated to hydrogen, but could help to define sustainability criteria to be considered in the value chain for the production and export of green hydrogen, covering social, economic, and environmental elements. These identified certification schemes were then analysed and converted into a matrix, displaying the sustainability criteria coverage of the different schemes. Furthermore, the relevance of the criteria for each element of the hydrogen or derivatives supply chain was assessed.