In this study, the authors of the IMU Institute Berlin and Ludwig-Bölkow-Systemtechnik GmbH explore whether the region can make use of the market ramp-up of electromobility by establishing a recycling plant for traction batteries and position itself as an “energy region of the future”. By describing the context, framework conditions and developing future perspectives, relevant points for action are developed towards the establishment of a battery recycling plant in Lusatia. These can help to actively accompany the ongoing structural change underway for three decades and which is entering a new round with the planned lignite phase-out.

The authors argue that the foreseeable end of this industry, which has shaped the region’s identity, makes it urgently necessary to continuously involve the local people in the process. They also point out that, in addition to securing employment, creating equal living conditions based on functioning services of general interest is just as relevant as an economic approach that conserves resources and avoids further ecological damage. Lusatia harbors numerous unique potentials that could be understood as regional advantages and used more intensively. In addition to the skilled workforce, especially in metal and intermediary metal processing for the industry, these include a highly efficient (energy) network infrastructure and an innovative business landscape that has already developed around renewable energy production and storage.

The study by the “Stiftung Neue Länder” (SNL), which was launched in cooperation with the Otto Brenner Stiftung (OBS), highlights not only the current state of technological development, but also the innovation potential of lithium-ion batteries for regional markets, which goes hand in hand with the expected large-scale industrial use of the technology.

As a result of the innovative study, it becomes apparent that the recycling of Li-Io batteries will be necessary in the future, because

As a result, the authors conclude that Lusatia could be a well-suited location for setting up a recycling plant for batteries on an industrial scale, not least because of the existing labour potential and the skills already available here. The authors and the foundation hope that the interesting findings and strategic considerations of the present study can contribute to developing a sustainable industrial perspective for the region. 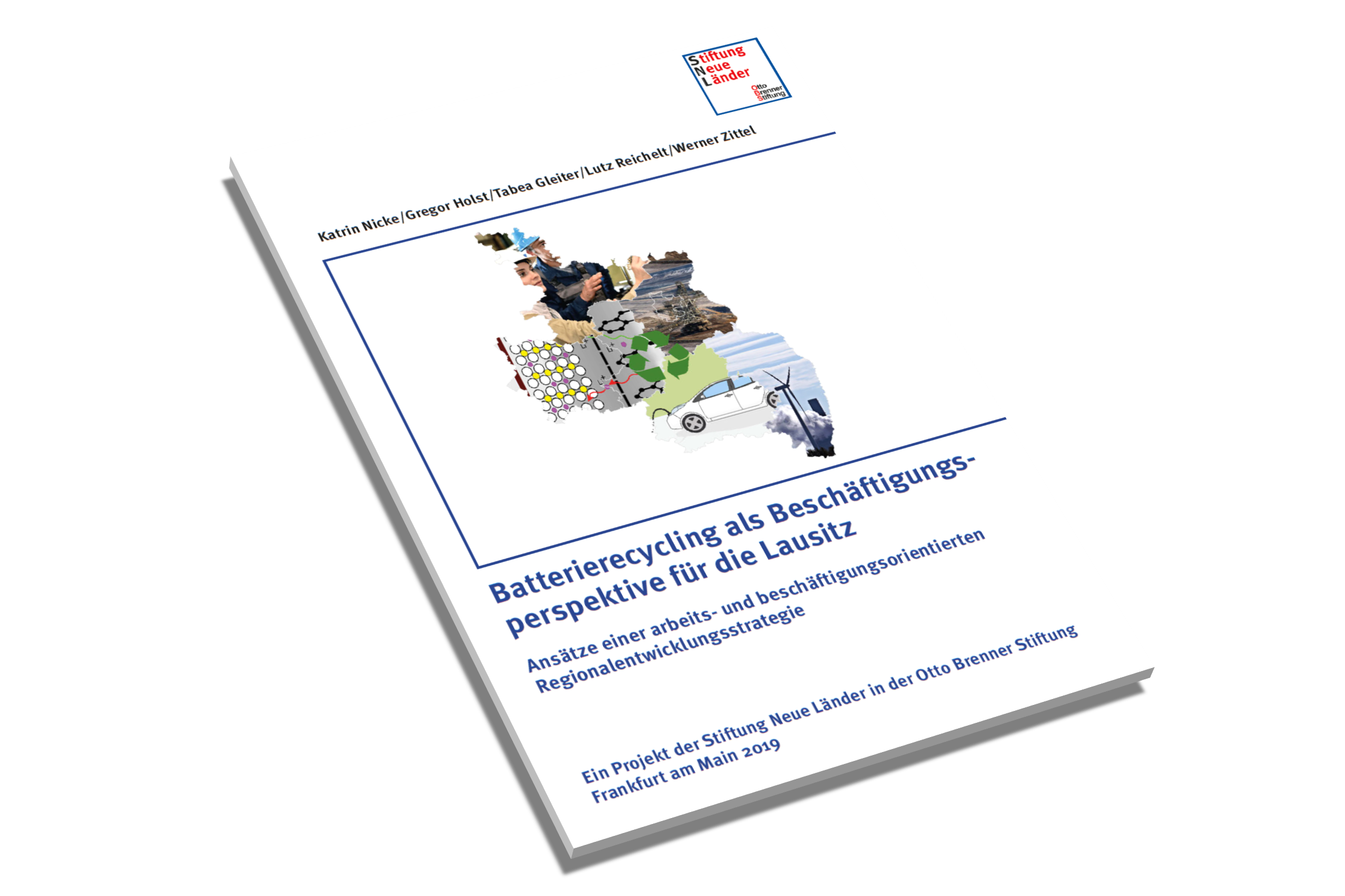