Publication prepared in the context of the VDI Conference on Battery, Charging and Converter Technology (only in German)

Publication on hydrogen and fuel cells in intralogistics. Prepared in the context of the VDI Conference on Battery, Charging and Converter Technology (Fachkonferenz Batterie-, Lade- und Wandlertechnik) on 27 & 28 May 2020.

The versatile uses in future energy systems are the reason why topics around hydrogen (H2) and fuel cells (FC) are currently receiving a lot of attention. The fact that hydrogen can potentially be used as a fuel in road transport has been known to most players for years. However, only recently politicians and industry have come to realize that hydrogen can and will play a much more important and versatile role in the future.

Its use as a fuel is particularly attractive in mobility applications with high mileage, flexible routing and high vehicle and/or cargo weights. This is not limited to road transport. In some cases the fuel can already be used competitively in rail transport (regional trains, shunting locomotives) and in the future also in shipping (from ferries to cruise ships) and in aviation. The renewable produced gas is also an important raw material in industry. In the industrial sector, hydrogen is sometimes even the only or at least the most promising option for decarbonisation (e.g. as a reducing agent in steel production or for fertiliser production).

As an energy carrier, hydrogen will play an important role in the future for seasonal balancing of fluctuating renewable power generation and as a strategic energy reserve thanks to its good storability. Cost-effective storage in artificial or natural geological formations (e.g. in salt caverns in northern Germany) forms an important basis for this. Equally important is the possibility of efficiently transporting large quantities over long distances in the existing European gas grid. In adapted gas transmission pipelines, pure hydrogen can be transmitted with capacities far beyond the currently planned HVDC power lines. The various levels of the gas distribution network can also be used after conversion to provide hydrogen cost-effectively and comprehensively to a wide range of users. Whether in gaseous form via pipelines or liquefied via ships, hydrogen will also be highly relevant in the international energy trade.

Therefore, hydrogen is seen as a central “enabler” of the energy transition and efforts to reduce greenhouse gases. It is only consequential that corresponding technologies such as fuel cells and electrolysis are (already) being further developed, tested and introduced to the market. Hydrogen and fuel cells are coming, which is out of the question. But will they also find their way into production and intralogistics? 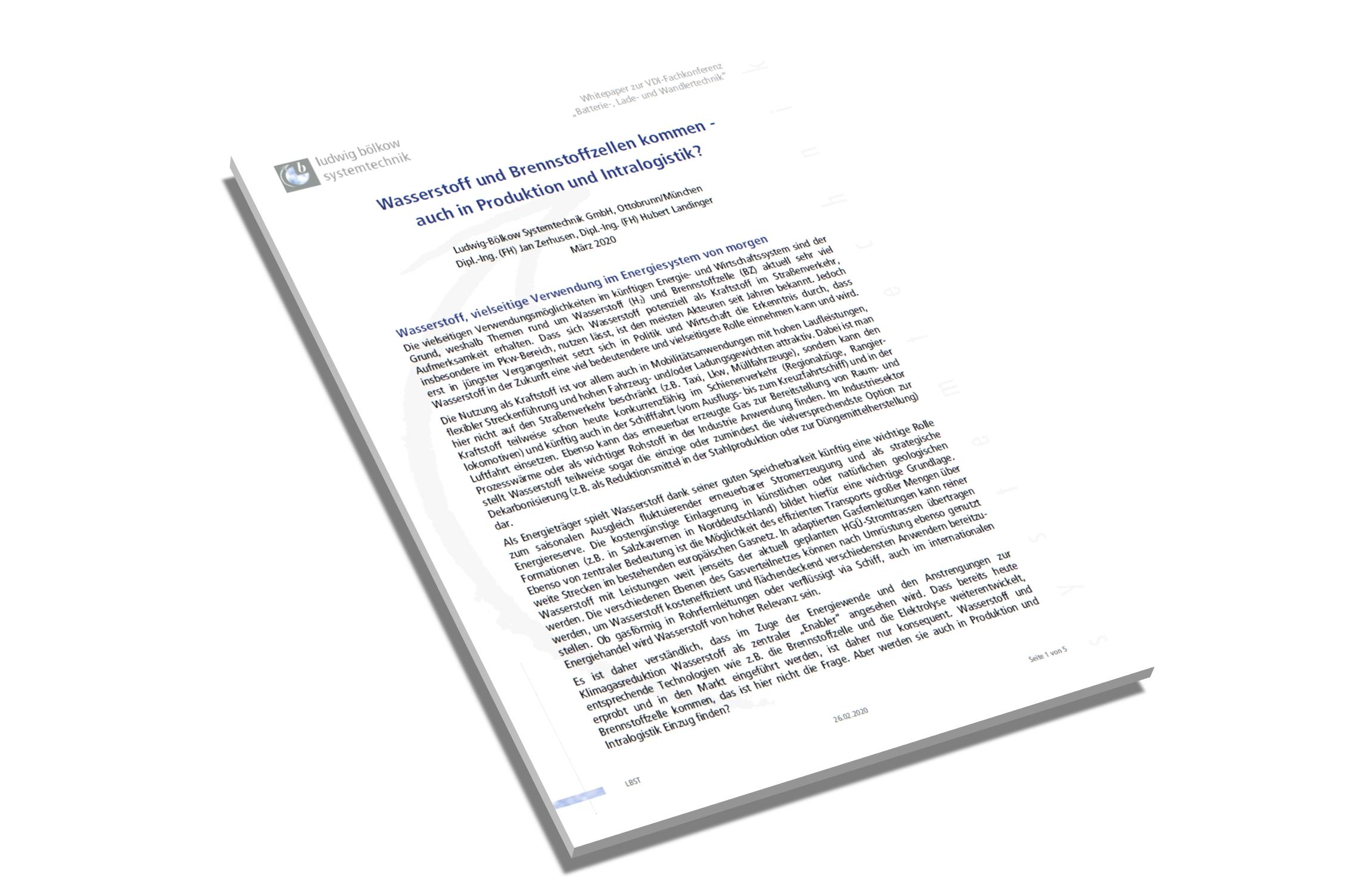 Publication prepared in the context of the VDI Conference on Battery, Charging and Converter Technology (only in German)