The study “Commercialisation of Hydrogen Technology in Baden-Württemberg – General Conditions and Prospects” was prepared by LBST in cooperation with the Fuel Cell Cluster BW and the German Aerospace Center (DLR). The aim of the study was to identify potential areas of application and infrastructure for the future use of hydrogen in Baden-Württemberg and to present the monetary and climate-relevant effects.

Commercialisation is likely to be possible in the transport sector first. Further market potential in the natural gas and chemical industries as well as for reverse power generation will only come into play after 2030. Currently, the first small series of fuel cell vehicles exist, on the basis of which the market ramp-up phase could take place in the coming decade.

The successful introduction of hydrogen use is very much dependent on the development of technology and operating costs, the existing fueling station network and the efficiency of energy conversion. This study therefore works with two scenarios, a “conservative” one in which a significant market ramp-up does not occur until after 2030, and an “ambitious” one in which 140,000 fuel cell cars are already on the roads of Baden-Württemberg in 2030, with an additional up to 900 fuel cell-powered city buses and 50 traction vehicles for local rail transport. The ambitious scenario would reduce greenhouse gas emissions in the state by about 200 kt CO2 per year. This results from the consideration of both the electricity supply for the electrolysers and the substitution of conventional drives in the vehicle fleets.

The emission reduction in transport amounts to about 380 kt CO2, while the assumption of a flexible use of the electricity mix for hydrogen electrolysis, i.e. oriented within a defined framework to the marginal costs of electricity generation, leads to additional emissions in the electricity sector of about 180 kt CO2. 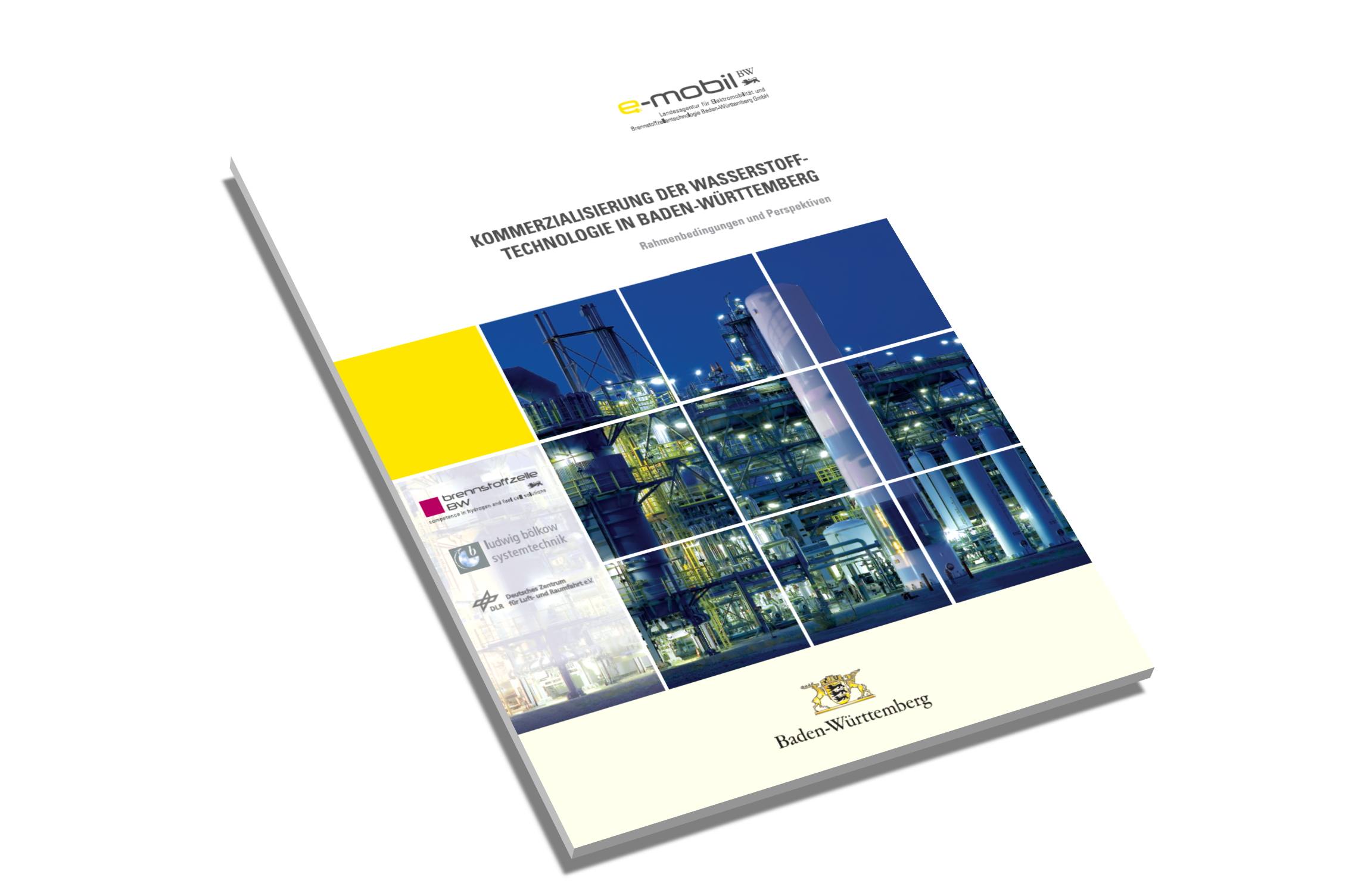